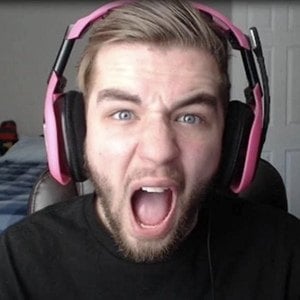 Popular YouTube gamer best known as a member of the FaZe Clan, where he is featured as a sniper in gameplay. He also has his own YouTube account where he has over 4.9 million subscribers. He has frequently played Call of Duty in his videos.

He launched his YouTube channel under the name poketLWEWT on October 17th, 2009.

He was wished a happy birthday on Twitter by Pizza Hut for his 21st. His Instagram has over 500,000 followers and has featured clips of him playing Mortal Kombat.

He is from New Jersey. He has been in a relationship with Alexis, AKA Abstractsweater on the web; the two got engaged in July 2020 and wed in November of that year.

His most viewed video of 2014 was called "FaZe Jev vs FaZe Rain!"

FaZe Jev Is A Member Of