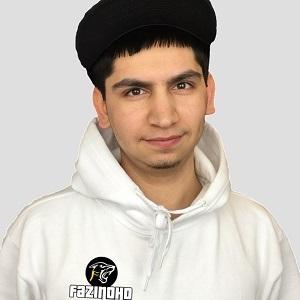 YouTube gamer who collaborates with his brother Masoud, primarily posting FIFA gameplay along with pranks. He also posts their famous weekly Q&A SUNDAY and has a 2nd channel where he plays every game except FIFA called KiaPando.

He studied business computing science at one of London's leading universities for 2 years.

He has named his fans the #FAZINOARMY. Most people who have met Qais cannot pronounce his name correctly on the 1st attempt. He has been called quiz, keys, qia, quais and more.

He resides in London, England and makes videos with his brother FazinoHD Masoud.

He and his brother did a YouTuber Impressions video where they impersonated such popular YouTubers as Joe Weller and PewDiePie.

FazinoHD Qais Is A Member Of