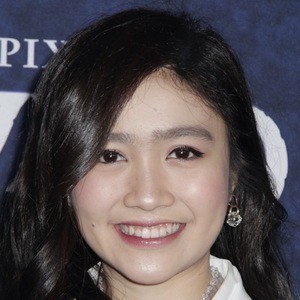 Indonesian actress and singer most well known as a member of the pop girl group Blink. She is also a prolific actress, appearing in numerous television shows and films like High School Love Story and Heart Beat.

She began her entertainment career as a child actor, appearing in the series Putri Simelekete.

In 2012, she won Best Actress at the SCTV Awards for her role as Nina in the soap opera Putih Abu-Abu.

Born to Rasyid Jayaruddin and Anice Worang, she has one sibling, Rizky Rizaldi Ronaldo.

In 2015, she starred opposite Rizky Nazar in the soap opera High School Love Story.