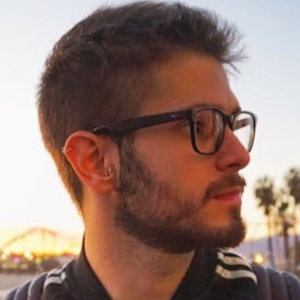 YouTuber and vlogger who has gained upwards of 460,000 subscribers on his self-titled YouTube channel. He's gained his massive following doing comedic videos with celebrities and entertainment reviews.

He opened his YouTube channel in November 2011 but didn't post his first video "EuDevito 1 - Presentation" until Mary 2013.

In addition to his YouTube, he has also become insanely popular on Instagram, earning more than 1,000 followers on the photo sharing app.

Though originally from Argentina, he later became a proud Brazilian, settling in Sao Paolo.

He played "Be, Marry, Drop" with Skins actress Kaya Scodelario in a September 2015 video.

Federico Devito Is A Member Of