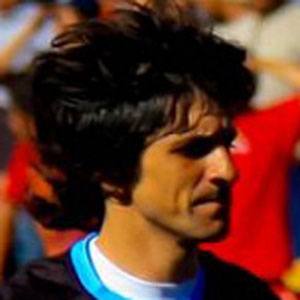 Argentine soccer best player known as a goalkeeper for teams like Atlante, with whom he won Liga MX and CONCACAF Champions League titles. He later won North American SuperLiga and Copa MX titles with Monarcas Morelia.

He was born in Buenos Aires and played youth soccer for Boca Juniors from 1993 to 2000.

His number 3 jersey is worn as a tribute to his father.

He has children named Camila and Argentino. He has a sister named Juliana.

He played on Boca Juniors with Guillermo Schelotto from 1997 to 2000.

Federico Vilar Is A Member Of