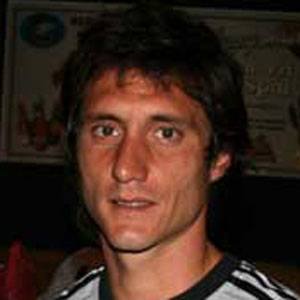 Versatile forward and midfielder who helped Argentina win gold at the 1995 Pan American Games and was the 2008 MLS MVP with the Columbus Crew. In 2019, he became the manager of the LA Galaxy.

He was born in La Plata, Argentina alongside his twin brother Gustavo who also played soccer. He married Matilde Carriquiriborde in 2006; they had three sons together.

He played alongside midfielder Christian Gimenez on the Boca Juniors.

Guillermo Barros Schelotto Is A Member Of