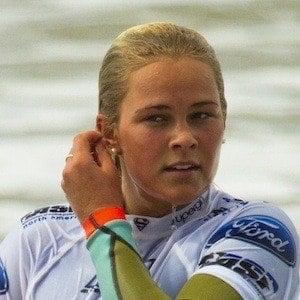 Professional surfer who has earned first-place finishes at competitions like the Margaret River Pro Trials and Rip Curl Gromsearch National Final. In 2015, at Cowaramup Bombora, she rode the biggest wave ever ridden by an Australian female surfer to that point.

She competed in her first surfing contest when she was 12 years old.

She is a painter who has been known to share her work on Instagram and sell it to fans on Etsy.

She and Laura Enever were both proponents of the YesFest Australia concert, created to support marriage equality in Australia.

Felicity Palmateer Is A Member Of