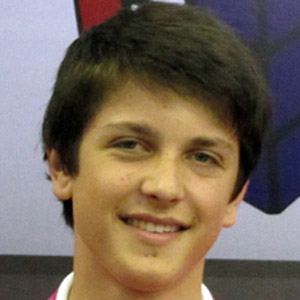 Rubik's Cube master who set five speed records with different sizes of Rubik's Cubes between 2013 and 2014. At the 2013 Australian Nationals, he solved 7x7x7 cubes with an average time of just under three minutes. His self-titled channel has earned over 460,000 subscribers.

He competed in his first Rubik's Cube competition, the New Zealand Championships, in the Summer of 2009. He won that year's championship title, averaging just over thirteen seconds per small cube in the competition's last round.

He followed various, established methods in approaching different sizes of Rubik's cubes. For the 3x3x3 cubes, he employed the technique of Czech speed-solver Jessica Fridrich.

He grew up in Melbourne, Australia, in a family of Lithuanian and Latvian descent.

In the mid-1970s, Hungarian academic and architect Erno Rubik invented the Rubik's cube that later made Zemdegs famous.

Feliks Zemdegs Is A Member Of