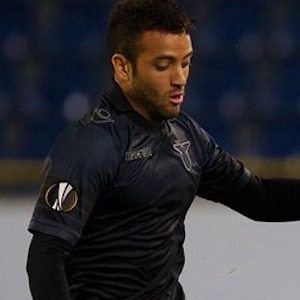 Brazilian midfielder who became known as one of the fastest footballers in the sport. He played for clubs like Santos FC and SS Lazio before joining West Ham United F.C. in 2018. He also began representing his native Brazil at the Under-17 level in 2010.

He joined the club CPMIND in his hometown at age 6. He then played for a variety of youth squads, including Coritiba, before making his senior debut with Santos FC in 2010.

His nickname, "O Rato de Roma," or "The Mouse from Rome," is a reference to a popular Brazilian tongue-twister.

He has a sister named Juliana.

He was teammates with Leandro Moura at the 2011 Pan American Games.

Felipe Anderson Is A Member Of