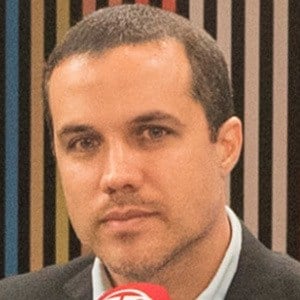 Brazilian journalist and blogger who became the host of Os Pingos Nos Is in 2018, and the director of journalism at Jovem Pan in 2019.

He worked in several advertising agencies before moving into journalism.

He is the creator of the blogs Anti-Youth Anthology, and Blog Pim.

He is a descendent of José Cardoso de Moura Brasil, the creator of Colírio Moura Brazil.

Felipe Moura Brasil Is A Member Of