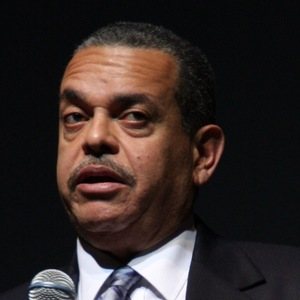 Known also as Boruga, he is a Dominican comedian who is known for his impressions and parody work. He has won multiple Casandra Awards for his comedy and is best recognized for his impressions of The Lone Ranger, Batman, and Jose Francisco Pena Gomez.

He studied at the Dominican College De La Salle and later Autonomous University of Santo Domingo. His career in television began in September of 1974 on the Nosotros a las 8. He later joined Color Vision in 1975 where his nickname Boruga originated.

He is known for having written several books as well including A Transformed Life in 2008 and What Country, My Country in the early 1990's.

He was born and raised in Santo Domingo, Dominican Republic. He married Maggie Morales. He has five children.

He starred alongside Mariasela Álvarez on the December 2013 evening program Esta Noche Mariasela.

Felipe Polanco Is A Member Of