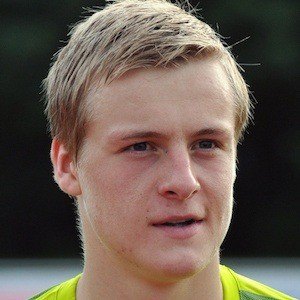 Professional soccer player known as a midfielder for Werder Bremen, he has played for Union Berlin and Hansa Rostock as well as for the German national team since his soccer career began in 1997.

He began his youth soccer career playing with the Greifswalder SV 04 football association club before moving to the Hansa Rostock club in 2002.

In 2007, he was given the Talent of the Year award in Mecklenburg-Vorpommern.

He is the younger brother of German national player Toni Kroos.

He and fellow midfielder Mario Gotze both played for the German national team.

Felix Kroos Is A Member Of