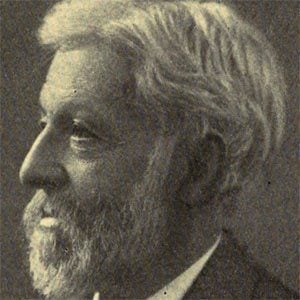 Rose to fame as the First President of the London Esperanto Club. He was a pacifist and an internationalist.

His paintings were viewed throughout Paris, Antwerp, and London.

He was president of the International Arbitration and Peace Association and made grand overtures at the Hague to hash out some form of international dispute protocols.

His father was the pianist and music teacher Ignaz Moscheles. He was named after his godfather Felix Mendelssohn.

His advocacy of Esperanto never caught on with mainstream culture. It did, however, serve as the primary language spoken by the cast of the 1966 horror film "Incubus" starring William Shatner.

Felix Moscheles Is A Member Of