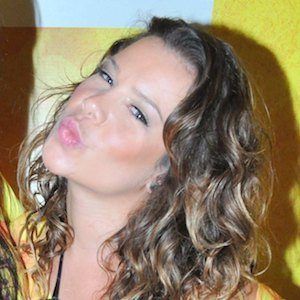 Actress who became a household name through her television roles, including Carola on The Prophet, Isadora on Toma Lá, Dá Cá and Bernardete on Young Hearts. In 2014, she began serving as a presenter on The Voice Brasil.

She first appeared onscreen in a doll commercial at age 5. She hosted the children's show X-Tudo in the early 1990s.

She was named Best Supporting Actress at the Prêmio Qualidade Brasil awards for her performance on Alma Gêmea.

She co-starred with Giovanna Antonelli on Young Hearts.

Fernanda Souza Is A Member Of