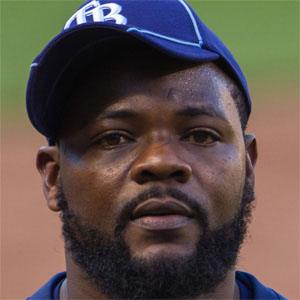 Right-handed reliever who made his MLB debut in 2002 for the Detroit Tigers. He was named to the 2012 AL All-Star game while pitching for the Tampa Bay Rays and setting an MLB relief record with an astonishing season ERA of 0.60 in 76 games. He won a World Series Championship with the Washington Nationals in 2019.

He was signed by the Tigers in 1999, and played in their Minor League season until his MLB debut.

After spending the first 7 years of his career with the Detroit Tigers, he found a role with the Los Angeles Angels from 2010 to 2011 and then signed with Tampa Bay where he became one of the top closers in the AL.

He was born in Samana, Dominican Republic.

In 2013 he joined Jose Reyes on a Dominican Republic team that won the World Baseball Classic.

Fernando Rodney Is A Member Of