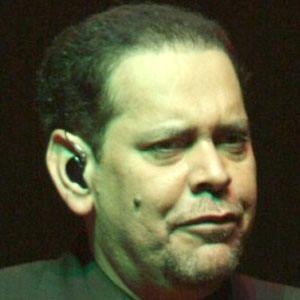 Dominican singer who was popular during the 1970s and was the first artist named El Mayimbe.

His first album, Sus Exitos, was released in 1972.

He was part of the "We Are the World" Spanish version with many other Spanish-singing artists, including Shakira.

He grew up in Santo Domingo, Dominican Republic with his family.

He was part of "We Are the World" with Ricky Martin, among others.

Fernando Villalona Is A Member Of