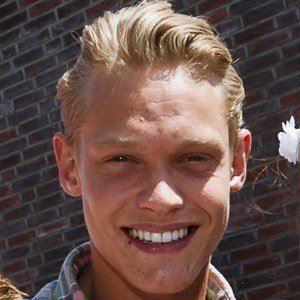 He first gained fame in 2007 competing on the fourth series of Idols. He managed to reach the final eighteen candidates before being eliminated.

A talented musical theatre performer, he portrayed Fiyero in Wicked from 2011 to 2013. He would later earn roles in Grease and The Bodyguard.

His father owned a toy store. He has an older brother and an older sister.

In 2014, he appeared in several episodes of The Bold and the Beautiful, a show which featured longtime star Katherine Kelly Lang.

Ferry Doedens Is A Member Of