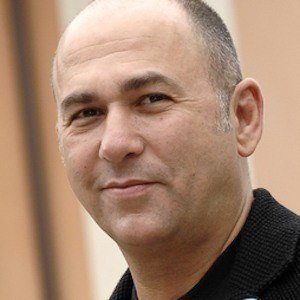 Director and screenwriter well known for his award-winning films Facing Windows and The Ignorant Fairies, and his debut film Hamam. In 2008, he received a retrospective from the Museum of Modern Art in New York City, one of a very few Italian directors to receive such at the time.

He studied cinema history at Sapienza University of Rome and went on to complete degree in art history and costume design from Navona Academy. He also took directing classes at Silvio D'Amico National Academy of Dramatic Art.

He received considerable stage experience from Julian Beck's Living Theater and would later go on to direct La Traviata at the San Carlo Opera House.

Though he was born in Istanbul, Turkey, he moved to Italy in 1976 and would later earn his citizenship there.

He worked with award-winning actress Ambra Angiolini when he wrote and directed the 2007 film Saturn in Opposition.

Ferzan Ozpetek Is A Member Of