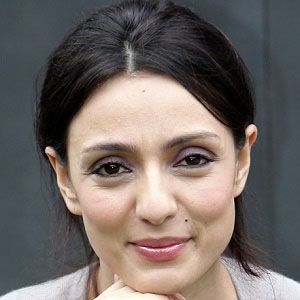 Italian actress who won the Nastro d'Argento Award for Best Supporting Actress for her performance in the 2007 film Saturno Contro. Before her acting career took off, she was famous as a singer for songs like "Te Pertenezco (T'appartengo)" and as the host of television shows like MTV's Stasera Niente MTC.

She was in the car with actor and playwright Dario Fo when he learned that he had received the 1997 Nobel Prize in Literature. His reaction was captured on camera.

She has children named Jolanda and Leonardo with singer Francesco Renga.

She was nominated for the David di Donatello for Best Supporting Actress for her role in the 2012 film Viva I'talia, in which she co-starred with actor Raoul Bova.

Ambra Angiolini Is A Member Of