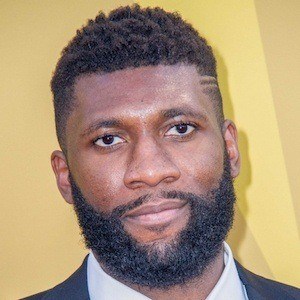 Nigerian power forward/center who entered the NBA in 2012 with the Golden State Warriors. He helped the Warriors win an NBA Championship in 2015. In 2016, he signed with the Portland Trail Blazers.

He played four years of college basketball at Vanderbilt, setting the school record for blocked shots in a season while earning second-team All-SEC honors in 2010-11. He was selected 30th overall by the Warriors in the 2012 NBA Draft.

He first played organized basketball in 2007 for the Sacramento Pharaohs, an AAU team.

He was born to Festus Sr. and Patricia Ezeli.

Festus Ezeli Is A Member Of