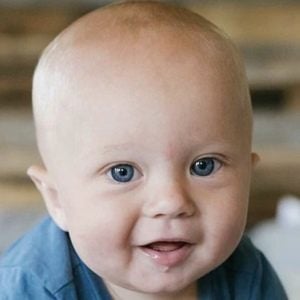 Welcome addition to the famous Finley YouTube family who are known for their channel Daily Bumps. The family YouTube account has gained over 5 million subscribers. He was born nine days past his initial due date.

He was born at 9 lbs, 0 oz in California. His "WELCOME FINLEY JAY! (birth vlog) video accumulated more than half-a-million views in just 8 hours.

His father released a single on iTunes called "Finley's Lullaby" in September of 2015. He was featured in the "SICK ON HIS BIRTHDAY

He is the second born son of Bryan and Missy Lanning.

He has an older brother named Oliver Lanning who can be seen all over the Daily Bumps channel.

Finley Lanning Is A Member Of