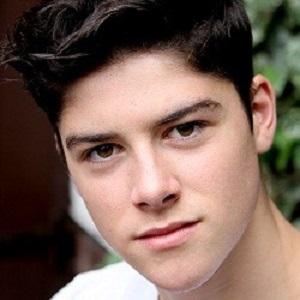 British actor who landed the role of Cameron on the Disney Channel series Evermoor.

He had aspirations of being a professional soccer player before a serious knee injury ended those dreams.

He won a National Student Drama Festival award during his college days due to his performance at the Edinburgh Fringe Theatre Festival.

His siblings are actresses Grace and Raffey Cassidy.

He trained at the National Youth Theatre where other British actors like Daniel Day-Lewis, Daniel Craig, and Orlando Bloom trained.

Finney Cassidy Is A Member Of