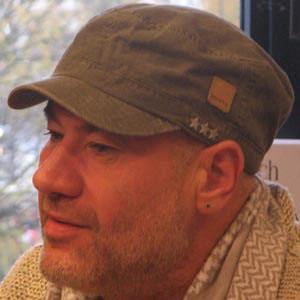 Scottish singer and actor who was the lead singer for the band Marillion from 1981 until 1988.

He worked as a petrol pump attendant, gardener, and forestry worker.

He received the Gold Medal Award in the Regularly Scheduled Music Program category at the New York Festivals Radio Broadcasting Awards in 2008.

He was born to Robert and Isabella Dick in Edinburgh, Scotland. He welcomed a daughter with his wife Tamara Nowy, whom he was married to from 1987 until 2003. He then began dating Heather Findlay.

He was inspired by many artists, especially David Bowie.

Fish Is A Member Of