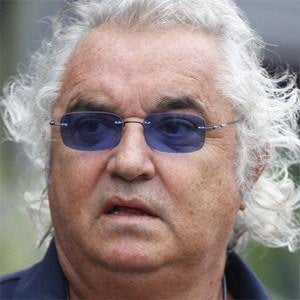 Italian businessman best known for his involvement in the Benetton fashion brand and as manager of the Benetton Formula One racing team.

He worked as a ski instructor.

He was released from the ING Renault F1 racing team due to his role in race fixing at the 2008 Singapore Grand Prix.

He dated supermodel Heidi Klum and they had a daughter together named Leni. He married Elisabetta Gregoraci in 2008.

He was part owner of the Queens Park Rangers soccer team, where Kevin Gallen was once a striker.

Flavio Briatore Is A Member Of