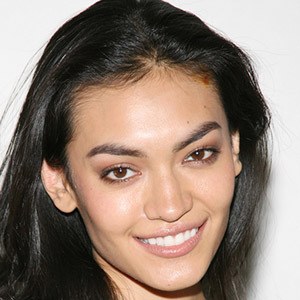 French-Thai actress, model, and television host who is known for her recurring role as Sinara in the 2017 series Agents of S.H.I.E.L.D.. She is also known for her guest appearances on several popular series' as well including Hot to Make it in America and The Following.

She was nominated for Best Actress at the 2019 Thailand National Film Association Awards for her role as Yo in Sad BEauty.

She was born in Bangkok, Thailand to a French father and Thai mother. She was raised in Aix-en-Provence in France but moved back to Thailand at the age of eight.

She starred alongside Padma Lakshmi, Hilary Rhoda, and Susan Sarandon in the experimental film American Mirror: Intimations of Immortality in 2018.

Florence Faivre Is A Member Of