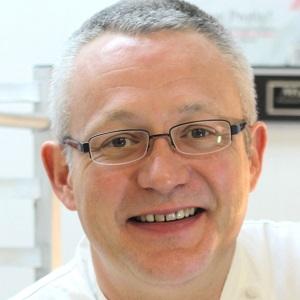 Best known as one of the judges on the hit Food Network competition series Cupcake Wars, he is a pastry chef who previously worked at the Parisian pastry and candy shop Fauchon as the executive pastry chef.

He had a childhood chocolate allergy which tuned down his passion for baking for 6 years. He graduated from the École de Paris des Métiers de la Table in 1986.

He became the chef and co-owner of Mad Mac Macarons.

He was born in Saint Denis, France. He was married to Anna Bellanger from 1995 up until she passed away in 2011. He has three sons, Roman, Aldrin and Evan.

He and Candace Nelson have been permanent judges on Cupcake Wars.

Florian Bellanger Is A Member Of