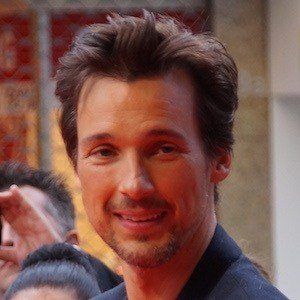 Award winning film actor actor who is predominantly recognized for having written and starred in the 2010 film Vincent will Meer. In 2007, he won the Adolf Grimme Prize for his role in My Crazy Turkish Wedding.

He made his professional acting debut on the TV series The Bull of Tölz in 2000.

He provided his voice for the German localization of the animated film Rise of the Guardians.

He starred alongside Jessica Schwarz in the film Jesus Love Me.

Florian David Fitz Is A Member Of