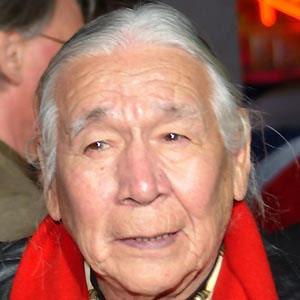 Country musician, Native American rights activist, and television actor known for his roles in such television series as The X-Files, The Pretender, and Walker, Texas Ranger. His country albums include Indian Country and The Land is Your Mother.

He made his screen debut in the 1989 film Renegades, playing the role of Lou Diamond Phillips' character's father.

A member of the Sisseton Wahpeton Oyate tribe, he was born on South Dakota's Lake Traverse Indian Reservation. He was married several times, and he had five children.

Floyd Redcrow Westerman Is A Member Of