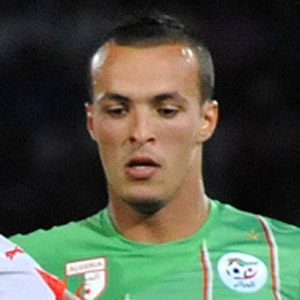 Midfielder who joined Marseille in 2013 after spending four years with Valenciennes. He debuted with the Algerian national team in 2010.

He spent his youth career with Martigues and Troyes from 2000 to 2003.

He was born in Margiues, France.

He and right back Aissa Mandi became teammates on the Algerian national team.

Foued Kadir Is A Member Of