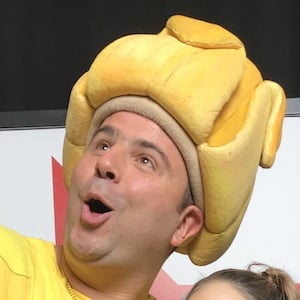 YouTube personality and broadcaster who is known for creating children's content that reaches millions of Arab speaking kids around the world. His channel has amassed a staggering 9 million subscribers on the platform.

He made his YouTube debut in a 2011 video clip titled "Fuzzy Mozi Karkuzi."

He published a number of children's song sing-along videos that were viewed well over a million times.

He is from Palestine. His sister, Tutti, frequently appears with him on social media.

He shared a TikTok video with the Michael Jackson song "Bad" in March 2021.

Fozi Mozi Is A Member Of