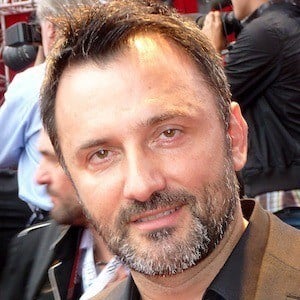 After graduating from l'Institut Pratique du Journalisme, he started his career in the early 1990s providing traffic reports on the radio station Autoroute Info.

He had a role in the 1999 film Monsieur Naphtali and has hosted various movie news shows throughout his career.

He has a son named Victor.

Frédéric Lopez Is A Member Of