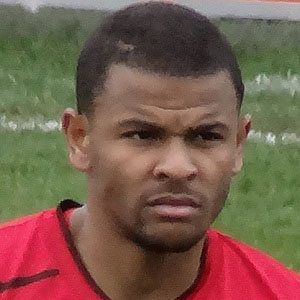 English striker who joined Cardiff City in 2013 after spending four seasons with Sunderland. He became a member of the English national team in 2012.

He developed his soccer skills on the fields at Carrington, alongside stars such as Wayne Rooney and Cristiano Ronaldo.

After joining Malky Mackay's Cardiff, he immediately made an impact, scoring five goals in five games on his way to a Championship's Player of the Month honor.

He was born in Huddersfield, England, into a Manchester United family.

His first professional match was at Roy Keane's testimonial at Old Trafford in 2006.

Fraizer Campbell Is A Member Of