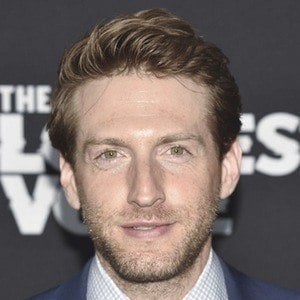 Played the role of Topher Brink on the Sci-Fi drama, Dollhouse alongside Olivia Williams.

He appeared on an episode of the series, Frasier.

Played the role of Bernard in the Broadway production of Death of a Salesman.

He attended Yale University where he was a member of the improv group, The Exit Players. He is married to daughter of Jaclyn Smith, Spencer Margaret Richmond.

He appeared in the horror, The Cabin in the Woods produced by Joss Whedon.

The Cabin in the Woods
The Village
The Dark Tower