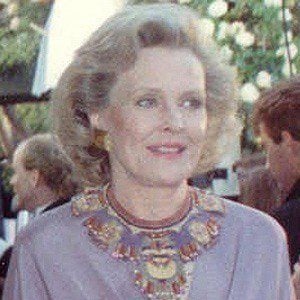 Actress Murphy Brown's mother who had a solid Hollywood career in her own right.

She started out as a model and the face of Chesterfield Cigarettes.

She got to star alongside her daughter on several episodes of Murphy Brown.

Her daughter is the well known actress .

She was in the 1980 film American Gigolo, which was produced by Jerry Bruckheimer .

Frances Bergen Is A Member Of