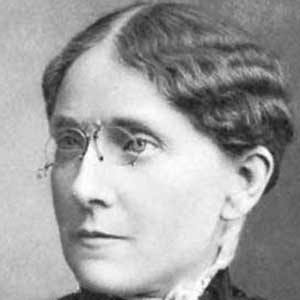 Women's suffragist who was instrumental in helping to pass the 18th and 19th amendments to the United States Constitution.

She attended North Western Female College and pursued a career as a teacher.

Her lifelong fight for female suffrage resulted in her being the first woman memorialized in Statuary Hall in the U.S. Capitol.

She and Alice Paul both fought to pass the 19th Amendment, which ultimately gave women the right to vote in the United States.

Frances Willard Is A Member Of