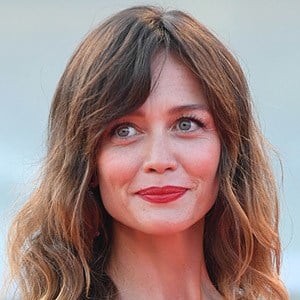 Italian actress who has played the part of Nora Tardioli in the television series Rocco Schiavone. She has also acted in projects such as All the Music of the Heart and Rossella.

One of her first acting jobs was in the 1999 TV series Vivere in the part of Irene Monteleone.

She has acted in 17 episodes of the TV program Un medico in famiglia. She took a trip to Paris, France in January 2019 as evidenced by her Instagram account.

She has a son named Leonardo Remigi with her husband Stefano Remigi.

She acted alongside Cristiana Capotondi in the TV mini-series Di padre in figlia.

Francesca Cavallin Is A Member Of