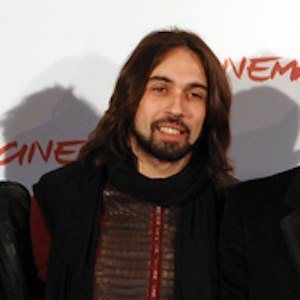 Singer and guitarist who made a name for himself both as a solo artist and as the frontman for the band Le Vibrazioni. He has released nearly a dozen solo albums including 2014's Io and 2015's Femmina.

He co-founded Le Vibrazioni in 1999 and in 2003, they finally released their debut self-titled album. The band's debut single, "Dedicato a te," sold platinum in Italy.

Outside his music career, he has acted in feature films like I soliti idioti - Il film and School Is Over.

He was born in Milan to Tito and Tina Sàrcina. He has two children named Nina and Tobia.

In 2011, he was featured alongside Fabri Fibra, Jake La Furia, Marracash, and numerous other artists on the single "Le leggende non muoiono mai."

Francesco Sarcina Is A Member Of