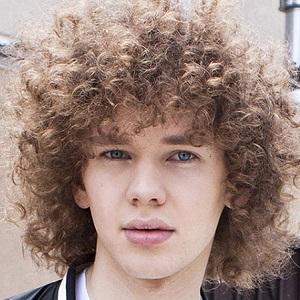 Known for his trademark afro, this pop/R&B/soul singer-songwriter, guitarist and pianist released singles titled "Call," "When I Found You" and "Better To Be Loved."

He was inspired to pursue a music career after watching the Richard Linklater-directed film School of Rock when he was eleven years old. He was signed to a management deal when he was 14 years old and inked a deal with Atlantic Records at 16.

He played guitar on "Gust of Wind" a track off Pharrell's G I R L album.

He started writing music when he was 11 years old. He posted a childhood photo with his father on Instagram for Father's Day 2020.

Pharrell, who was one of Yates earliest supporters, produced Yates' debut album.

Francesco Yates Is A Member Of