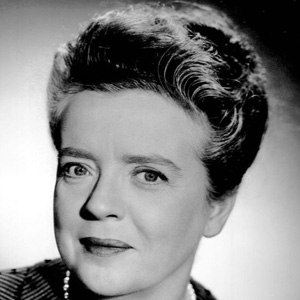 Late actress who was immortalized as the lovable Aunt Bee Taylor on The Andy Griffith Show and Mayberry R.F.D.

She started her career in Broadway productions after graduating from the Academy of Dramatic Art in 1925.

She had a longstanding role as Mrs. Amy Morgan on It's a Great Life.

She never had children, but had brothers and sisters.

She guest-starred on six episodes of The Eve Arden Show in 1957.

Francis Bavier Is A Member Of