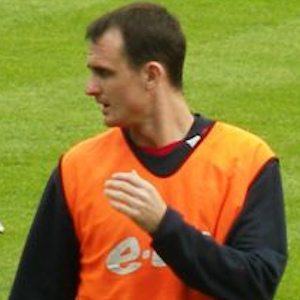 English striker who won FA Cups in 2002 and 2003 as a member of Arsenal. He played for Sheffield Wednesday from 2007 to 2010, then spent a season with the Newcastle Jets as his career began to wind down.

He began his youth career with Everton at age 16.

He made one appearance for the English national team in 2003.

He was teammates with striker Robin van Persie on Arsenal for a season in 2004.

Francis Jeffers Is A Member Of