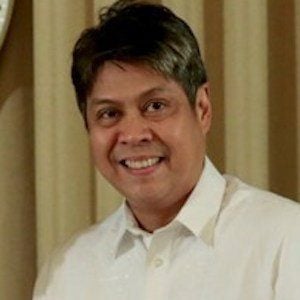 Filipino politician who served as a senator from 2001 to 2013. He previously taught law at Ateneo de Manila University and wrote for the Times Journal and Manila Times.

He was born in Manila and attended the University of the Philippines Diliman as well as Harvard University.

He was an NCAA and UAAP gold medalist as a track star and volleyball player.

He married actress Sharon Cuneta in 1996. He has biological children named Frankie and Mariel as well as an adopted child named Miguel.

He and Mar Roxas both served in the Philippine Senate.

Francis Pangilinan Is A Member Of