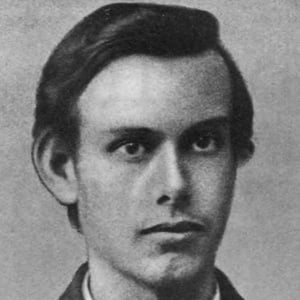 English poet known for his ascetic lifestyle and for his poem "The Hound of Heaven." His other literary works include Sister Songs and On Health and Holiness.

He studied to be a doctor; however, this career did not interest him, and he promptly moved to England to become a writer.

He was an opium addict and vagrant in London for several years. However, toward the end of the 1880s, his poetry was discovered and promoted by the editors of a literary publication entitled Merrie England.

He never married but was taken in by a prostitute who supported him financially until his 1907 death from tuberculosis.

His work influenced Lord of the Rings author J.R.R. Tolkein.

Francis Thompson Is A Member Of