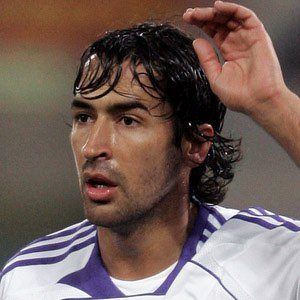 He began his youth career with Atletico Madrid at age thirteen.

He set the record for most La Liga Best Spanish Player awards with five.

Married Mamen Sanz in 1999; the couple would go on to have five children: Jorge, Hugo, Hector, Mateo and Maria.

He was teammates with Cristiano Ronaldo on Real Madrid from 2009 to 2010.

Raúl González Is A Member Of