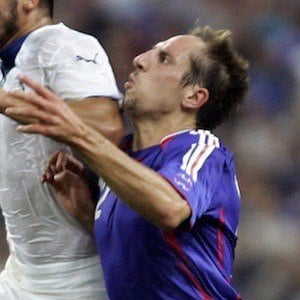 He started his youth soccer career with the French team Lille in 1996.

He made his international soccer debut during France's 2006 World Cup run.

He was teammates with legendary midfielder Zinedine Zidane during the 2006 FIFA World Cup.

Franck Ribery Is A Member Of