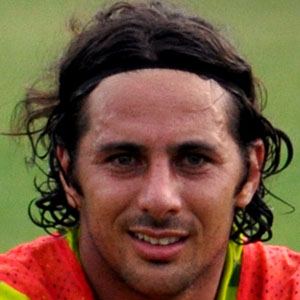 Striker who played for FC Bayern Munich from 2001 to 2007 and rejoined the team in 2012. He became the top foreign scorer in German league history.

He made his professional debut in 1996 after four seasons in AD Cantolao's youth system.

He scored over 200 goals in the first 16 professional seasons.

Claudio Pizarro Is A Member Of