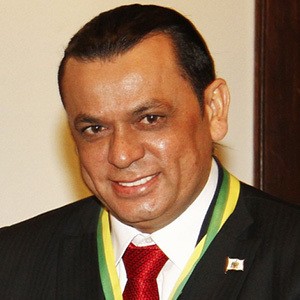 Forró musician and politician who achieved popularity in Brazil with songs like "O Cãozinho dos Teclados," "Forró das Antigas" and "Safadin." He served as the Vice Mayor of São Bernardo do Campo from 2009 to 2016.

He studied law in college and released his first album in 1991.

He debuted his own television program, Frank Aguiar and Friends, on RedeTV in 2013.

He has children named Luma, Valentina, Ítalo and Breno.

He has performed with the sibling duo Simone & Simaria, featuring Simone and Simaria Mendes.

Frank Aguiar Is A Member Of