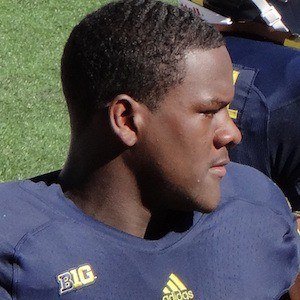 Defensive end who was selected 63rd overall in the 2015 NFL Draft by the Seattle Seahawks.

In 2012, he won the Sugar Bowl with the Michigan Wolverines.

Though born in Bakersfield, California, he later lived in Ohio and Michigan.

Frank Clark Is A Member Of