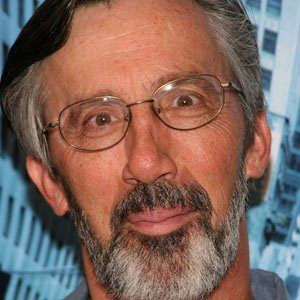 Most well known for his portrayal of Horace Bing in the CBS series Dr. Quinn, Medicine Woman, he is also notable for his recurring roles on Carnivale, My Name Is Earl, and Good Luck Charlie.

After earning his bachelor's degree in theatre from San Francisco State University, he received a Master of Fine Arts degree in acting from the University of California, San Diego.

Raised in Evanston, Illinois, by Peg and John Collison, he later settled in Los Angeles with his wife Laura Gardner and the couple's three children.

He appeared with Kevin Dillon in the 1988 remake of the Steve McQueen monster movie The Blob.