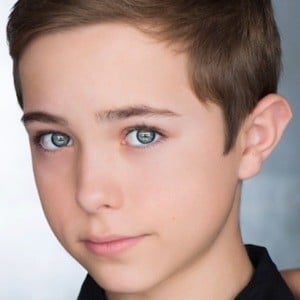 Known for his role as Bean Lamonsoff in Grown Ups 1 and 2, he also had a previous 5 episode stint on The Bold and the Beautiful. He also appeared in a few episodes of the TV series The Young Pope.

He was in a television commercial for Verizon.

He was cast as Young Larry in Larry Gaye: Renegade Male Flight Attendant. His yo_franko_ Instagram account features a handful of photos of he and his family. In 2021, he won Homecoming King at his school.

He has a twin brother named Morgan who is also an actor.

He starred in the Grown Ups franchise alongside Adam Sandler.

Frank Gingerich Is A Member Of