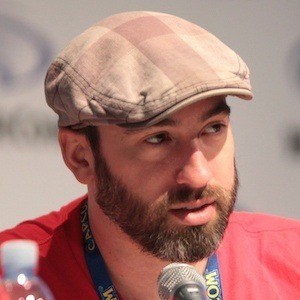 Makeup artist and film producer who has worked on a variety of television and film. He is best known for his work in the makeup department for the 2006 Pirates of the Caribbean film.

He graduated from Mayfield High School with an interest in makeup and special effects. To further his talents, he attended the Art Institute of Pittsburgh. Shortly after, he dropped out to pursue a career in film and television.

He was a contestant on the first and fifth season of the Sci-Fi original competition series Face Off.

He was born and raised in Pasadena, California.

He has worked on several films with a variety of actors including Johnny Depp in the Pirates of the Caribbean franchise and Vin Diesel in the film The Chronicles of Riddick.

Frank Ippolito Is A Member Of